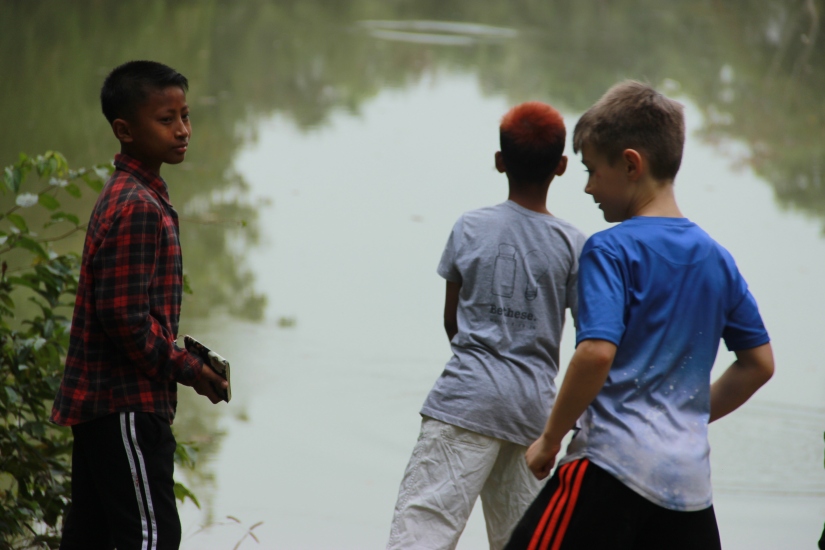 Untainted by a fixed world view, open to new perspectives and ready to offer unique insights, children can be a great asset to ethnographic fieldwork given the right circumstances. As we move towards a brave new digital world, young people more than ever, need to create connections in the material world. My current work, “The Glamorous Anthropologist: fieldwork methods with children” discusses the social and cultural challenges in women’s professional lives as they embark on the co-journey of motherhood, and charts how working with children in various capacities has enhanced and frustrated my life as a visual, digital and museum anthropologist.

Producer and Director of a film about the First Zeme Olympics in Jalukie Town, Nagaland 10-17 December 2019.

Project Seventy is a work-in-progress interactive documentary that on the occasion of the 70th anniversary of Indian independence will be constructed around seventy stories gathered from both Indian and British citizens, now mostly in their 80s and 90s, who lived through the Independence process. It will involve both sound and film recordings, and will build upon previous collaborative research with Catriona Child, daughter of Ursula Graham Bower, anthropologist, filmmaker and resistance fighter in the period of Japanese occupation of the Naga Hills in the 1940s. I have chosen the i-doc format for this project as it allows one to offer pathways through a series of non-linear connections between texts, stills and moving image. A central question will concern the nature of Anglo Indian identity, which is clearly far from uniform, as the population is now scattered across the globe.

Click on the link to see the i-doc in progress

Ursula Graham Bower with her Naga friends in Nagaland in the Late 1930s.

Ursula Graham Bower- Pathways through her archive is a two-volumed ebook curated to present Bower’s life-story, films, photographs and object collections as an exhibition in a book. (available on i-tunes).

Display case of some of the artifacts collected by Ursula Graham Bower in Nagaland dunring the 1930s and 1940s.

A five-day workshop covering the methods and contemporary ideas around digital ethnography and digital storytelling from academics in the fields of Architecture, Anthropology and Film.